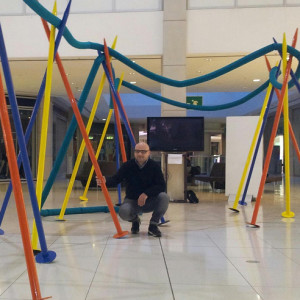 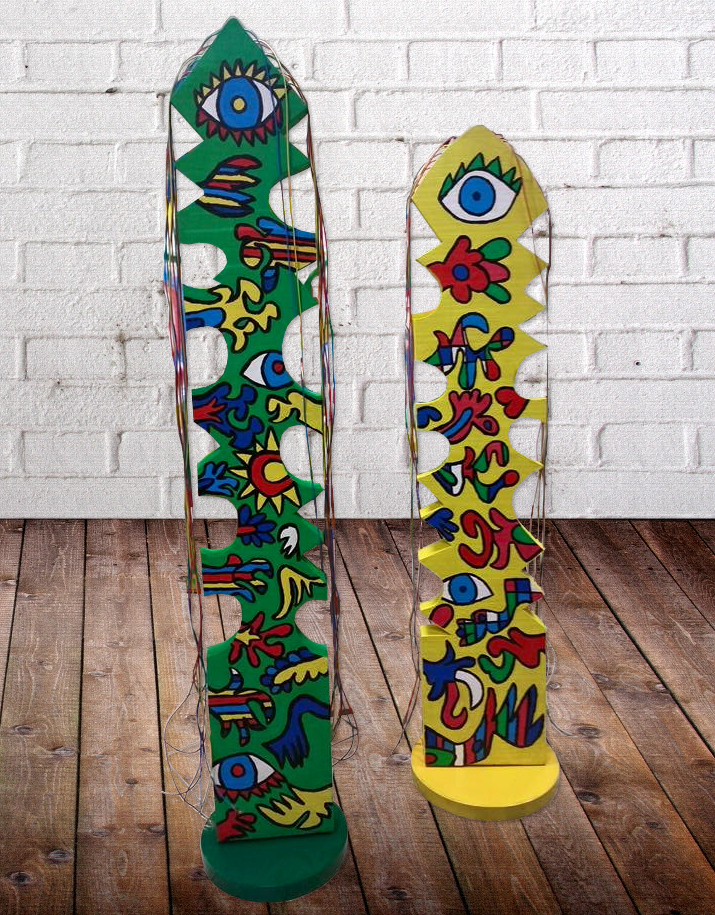 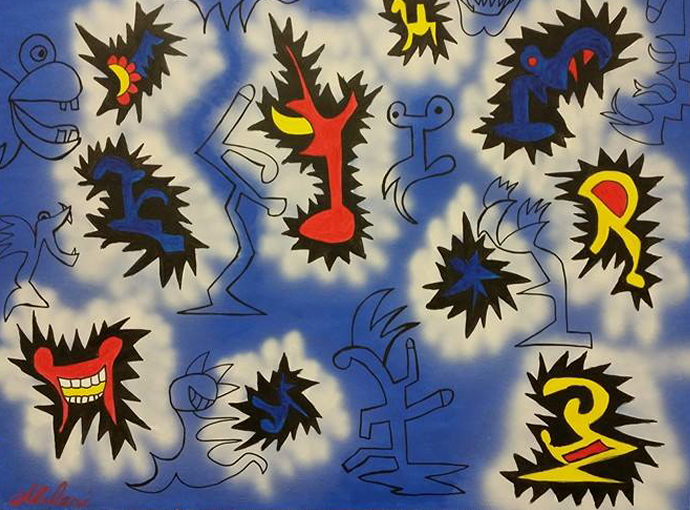 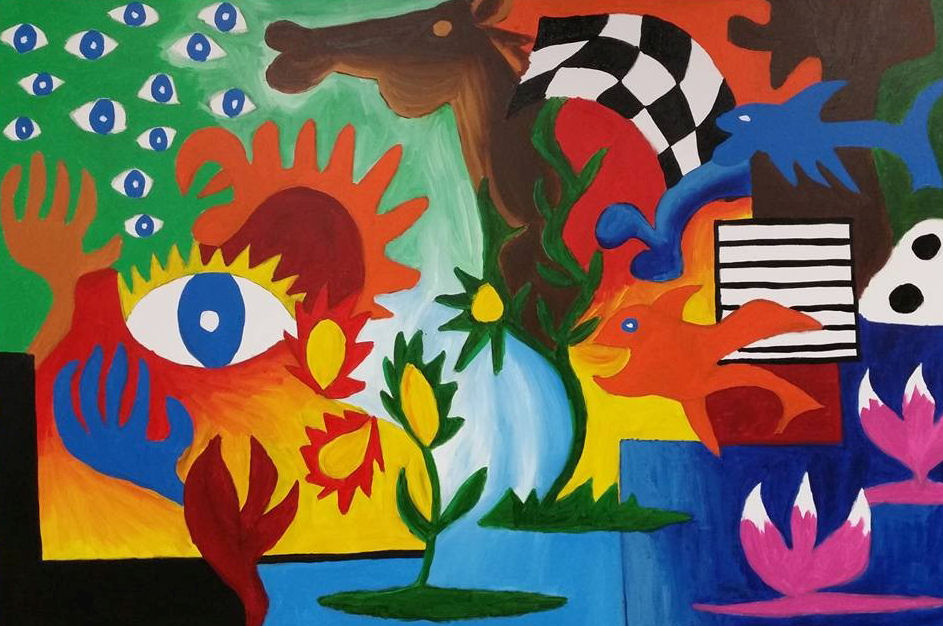 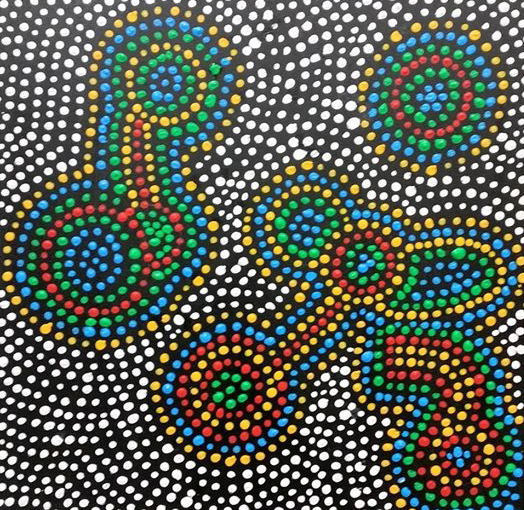 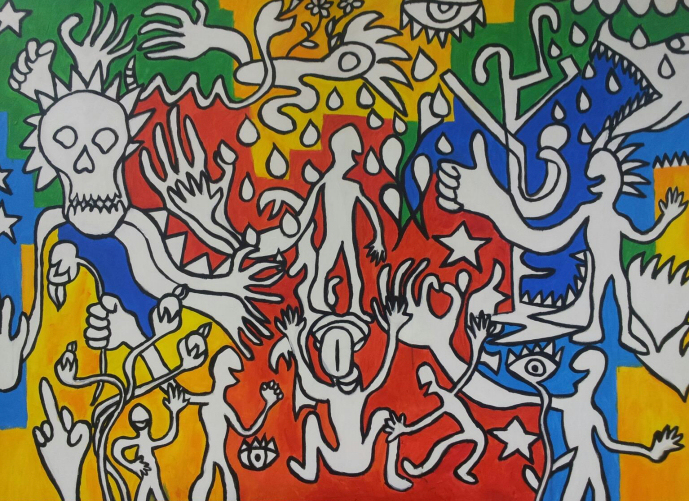 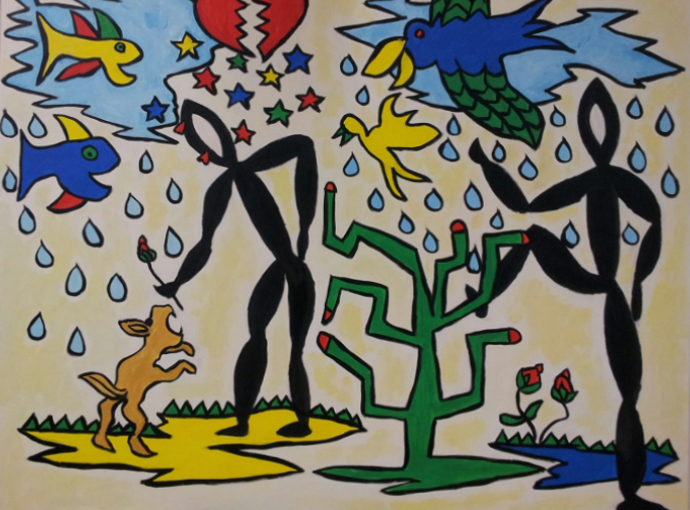 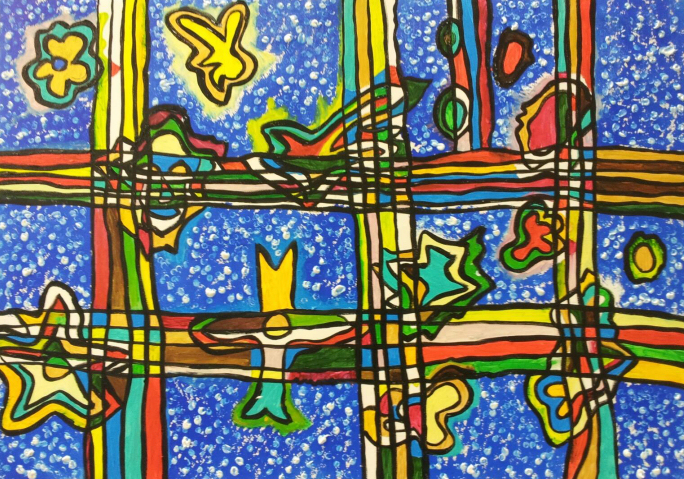 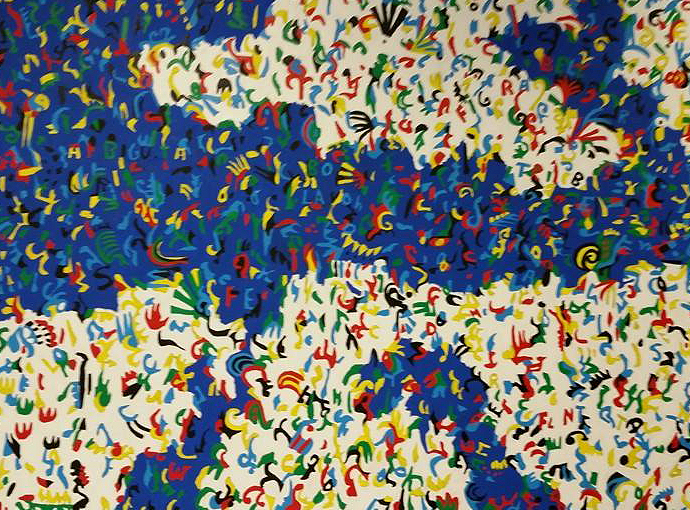 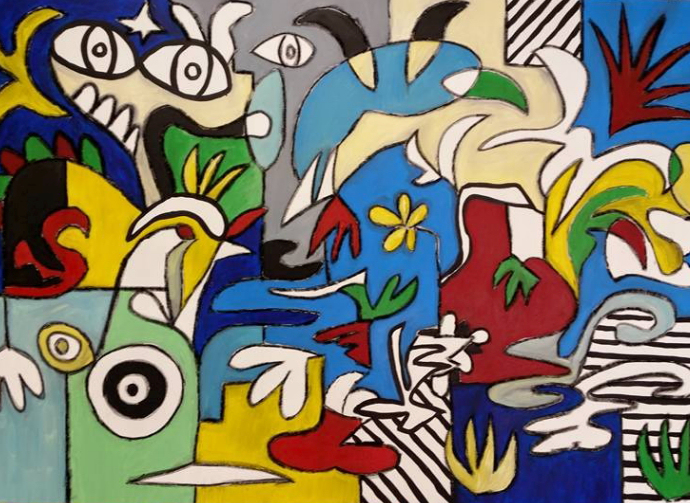 Born September 10, 1974, Dimitri Milesi lives and works in the Bergamo province. His existence is marked by a real watershed, due to September 2009. Dimitri professional aspects showed a fairly radical change that is also reflected in his parallel pictorial activity.

The transition from a stylistic registry material and purely experimental nature is then evolves into a triumph of the drawing and light.

Prior to 2009, in fact, Dimitri informal painting is dedicated to abstract landscape and emphasis of the crepuscular atmosphere, where the tonal nuances often acquired a dark color and nostalgic accent. In an artist, the language of colors always reveals his state of mind and in the past Dimitri has certainly experienced dark moments and complicated, especially within and we all know which are the internal struggles the most difficult to cross. At his “dark” period belongs the seemingly cosmic works where the matter is indeed the queen of some pictorial cycles, such as the Horizons executed with mixed media ranging from the use of polyurethane foam, polystyrene and jute.

The new style recovers figuration and led him to investigate the three-dimensionality of the soul by means of a two-dimensional painting. The variety of color range is drastically reduced to only get to use the colors blue, yellow, red and black. From this moment the pictorial synthesis operated by Dimitri takes on symbolic meanings and spiritual connotations. With the acrylic begins to paint with a higher intimistic cognition, aspiring to divine dimension, clearly evident from the joy of light.

With this renewed awareness decides to show himself to the public with his first solo exhibition entitled “From matter to infinity” of February 2010 at the Artistic Circle Bergamasco (CAB), located in Via Malj Tabajani 4, followed by a second exposure revived in November 2010 at the Art Group Sile. He’ll be back in February 2011 to CAB with his new solo show. In addition to individual exposures, Dimitri Milesi is confronted with his colleagues in collective exhibitions, in June 2010 and in June 2011 the CAB, and then present its production at the famous Manzu Hall of Bergamo and participate in Padua Art Fair in November 2011, where he was noticed by the public. His show received great appreciation to Tango Mori Sushi restaurant with its elegant ideograms and sober.

The sixth group of Dimitri takes place between 10 and 17 December 2011 in the beautiful setting of Villa Pisani in Venice, following which, from December 13 to January 16, 2012, he exhibited for the first time in Milan at the Space Gallery Museum Sabrina Falzone, attracting public attention thanks to its peculiar versatility.

Beyond the large format and the strong predilection multiplicity of stylistic trends, the Dimitri Milesi value consists in painting understood in terms of being a dichotomy. A Dimitri therefore has the merit of having investigated the human unconscious complexity of bringing to light the paradigm of inner conflict between reason and feeling.